December 12th is our chance to elect a truly transformational Labour Government.

See me discuss why only Labour will give the public a final say on Brexit, invest properly in our public services, and put the climate emergency top of the agenda.

The PM is up to his tricks again. He is trying to bounce Parliament into passing his Brexit deal without proper scrutiny. Scrutinising Brexit cannot and should not be done on the fly.

See me discuss this as well as HMRC’s mishandling of tax credits. Also in an upcoming session the Public Accounts Committee will be challenging government officials over Special Educational Needs and Disability (SEND) funding so please let me know if you have any experiences you’d like to share.

I’ll be voting against Boris Johnson’s Brexit Deal tomorrow. Many problems with it, including lack of environmental and employment protections. See more in my weekly round up. 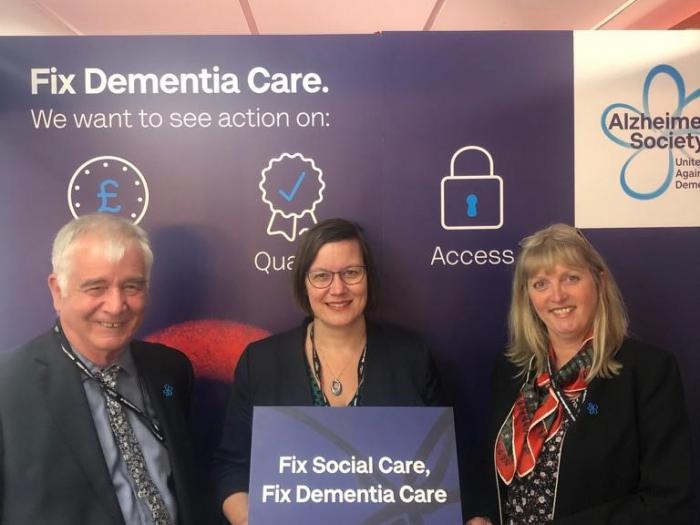 By 2021, one million people will be living with alzheimers. It is vital they can access the care they need and deserve without facing eye-watering costs.

The Supreme Court's decision last week meant Parliament could return to important business, like the Domestic Violence Bill which passed its Second Reading this week.

MPs also grilled the Prime Minister on his supposed new Brexit deal. I continue to be concerned about its impact on the Good Friday Agreement and Northern Ireland. Boris Johnson is playing a dangerous game and I still can't see any way through other than letting the people have the final say on any Brexit deal.

Boris, are you a statesman?

Parliament did not stop the PM from negotiating, it simply took off the table an economically ruinous no deal exit.

See me challenge the PM to concentrate on getting back to the real job at hand: Brexit.

The Prime Minister might be trying to avoid parliamentary scrutiny but the Public Accounts Committee is still working hard to hold this Government’s feet to the fire.

Read our report on the Help to Buy scheme by clicking here.

Read our report on the Government’s handling of the English Language Tests scandal here.

This week Parliament forced the publication of the Yellowhammer documents, which showed the Government’s expectations for a No Deal Brexit. It proved that ‘Project Fear’ is, in fact, ‘Project Reality’.

MPs, led by Jeremy Corbyn, put country before party to stop a ruinous No Deal Brexit at the end of October. See me discuss the tumultuous week in my new weekly round-up.