This week the Chancellor delivered his Spring Statement. He unveiled an increase in the threshold for paying National Insurance and a tax cut in two years’ time. These announcements do nothing to help people struggling now. I challenged the Chancellor and the Chief Secretary to the Treasury directly on this. See here and here.

I was appalled to read the City & Hackney Safeguarding Children Partnership’s review into the incident with Child Q. This was a young black girl who was on her period and was strip-searched by police officers at her school without an appropriate adult present because she allegedly smelt of cannabis. Read the report in full here.

Ukrainian refugees have been through hell and back but are still being put through more difficulties by the Home Office. I pressed the Home Secretary, Priti Patel MP, on what security risk a 90-year-old woman fleeing war in Ukraine poses, or people in their sixties, or mothers with small children? See here. The Government’s approach to Ukrainian refugees just underlines the chaos at the heart of the Home Office. It needs to urgently get a grip.

The Home Secretary, Priti Patel MP, updated the Government's position on visas for Ukrainians refugees. Ukrainians fleeing war will no longer be subject to procedural hurdles such as English language requirements or minimum income tests. I've been working with my frontbench Labour colleagues urging the Government to simplify the visa process for Ukrainian refugees since the outbreak of war. This is now a welcome step, but the Government has been slow off the mark.

President Putin’s unprovoked and unjustifiable attack on Ukraine is a crime against peace. The Government has announced a package of severe sanctions targeting the Russian economy and the military and political elite. But the malign influence of corrupt Russian money in the UK has been clear for some time. The Government has been too slow to act against this dirty Russian money and it must urgently get its own house in order after concerning reports of suspect Russian donations to the Conservative Party.

Lives have been ruined due to the Government’s actions against those falsely accused of cheating on their English language tests for visas. Many have gone to court and proved the Government wrong, but at great cost to themselves and the British taxpayer. The simplest, fairest, and most cost-effective solution for everyone is to allow those accused of cheating to re-sit the test. But the Government is so far refusing. This scandal feeds into a wider pattern of behaviour and culture in the Home Office, as seen with the Windrush scandal. The Government must change tack. 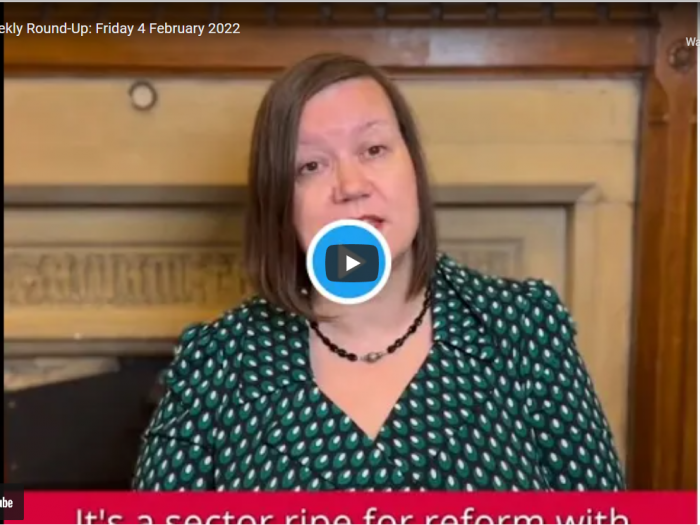 Yesterday’s announcement of an increase in the energy price cap will hit most Hackney households with a rise of about £700 in their energy bills. The Chancellor’s response does not do enough to support struggling families and forces households to pay later for today's high energy costs. It is also a gamble that energy prices will fall in the future and there is still not enough detail on how local authorities will be supported in rolling out parts of this plan.

In a shocking development this week, the Metropolitan Police announced it is investigating the allegations at the heart of PartyGate. This is a damning reflection of the Prime Minister who has brought the country’s highest office into disrepute. But as shocking are the allegations of bullying and Islamophobia at the heart of government made by the former Conservative minister Nusrat Ghani MP. She was allegedly told she was “too Muslim” and that her “Muslim woman minister status was making colleagues feel uncomfortable”. There is no space in our politics for racism of any kind.

The continued fallout from the Prime Minister’s unacceptable behaviour during lockdown means he’s taking his eye off the ball on the issues that matter to Hackney: an increase in the cost of living, wages not keeping up with prices, and rising energy bills. It is clear the Government has no plan for how to support people. I’ll keep pressing the Government to step up and address these issues. I’ve also called for the Prime Minister to take responsibility for his actions during lockdown and resign.

The dominant issue this week in Parliament was the Prime Minister's behaviour. He denied there were any parties at Downing Street then admitted to attending one. His apology was not acceptable and his backbenchers should do the right thing and remove him.