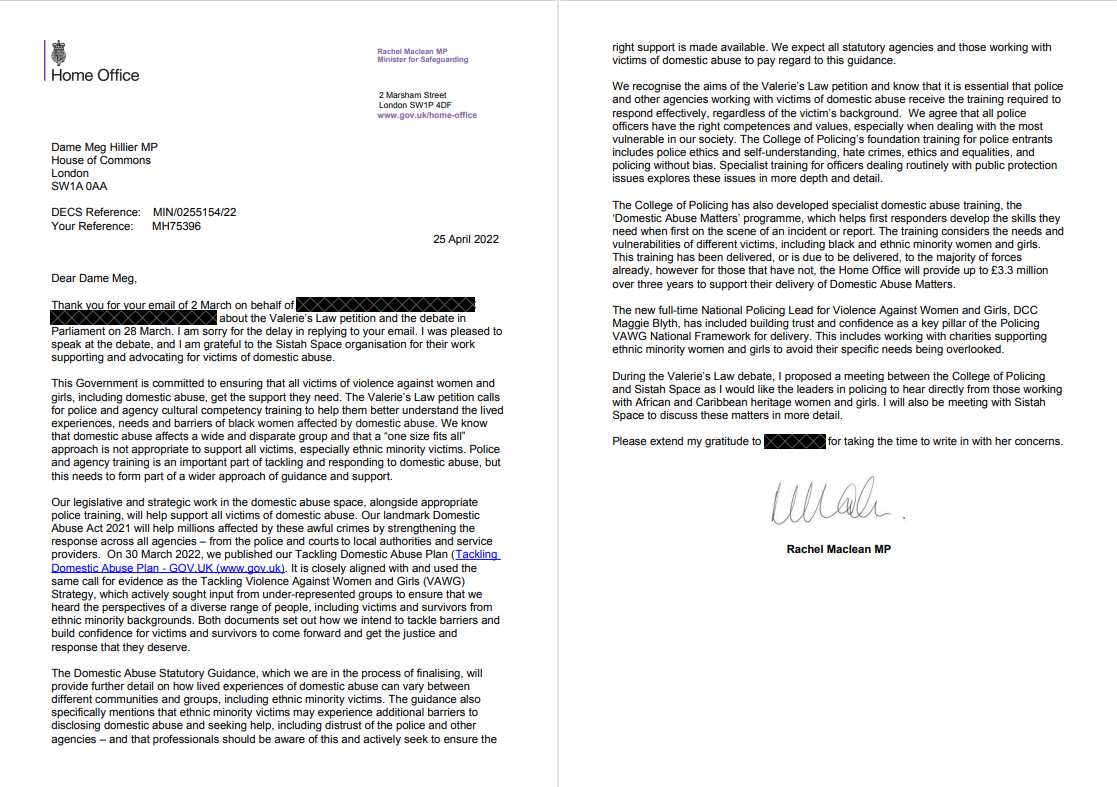 Valerie’s law is a proposal named after a constituent, Valerie Forde, who was brutally murdered with her 23-month-old daughter, Jah-zara, by her ex-partner. Valerie’s law would mandate specialist cultural competency training for police officers, relevant government agencies, and domestic violence safehouse staff so that black and minority ethnic women affected by domestic abuse are appropriately supported.

The statistics behind this issue are stark. Between 2016 and 2020 police forces were one and a half times more likely to bring forward a charge when the victim or survivor was white than when they were black. The number of high-risk domestic abuse cases heard in Hackney increased by 20 per cent in the first year of the pandemic. There is an urgent need for change and better support.