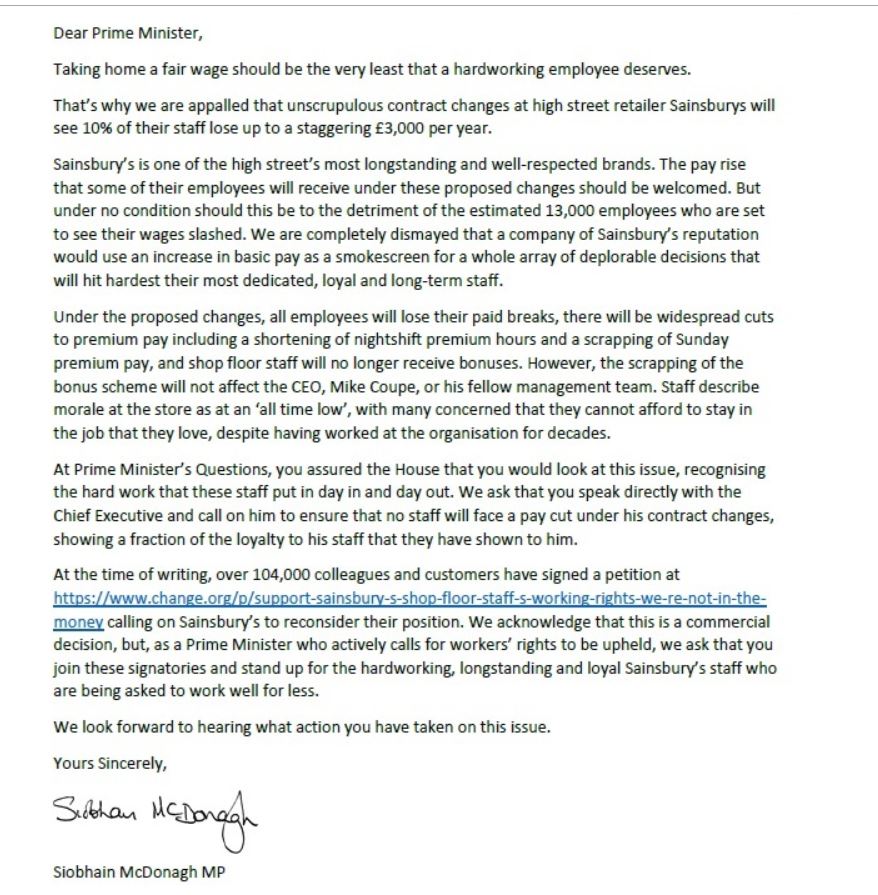 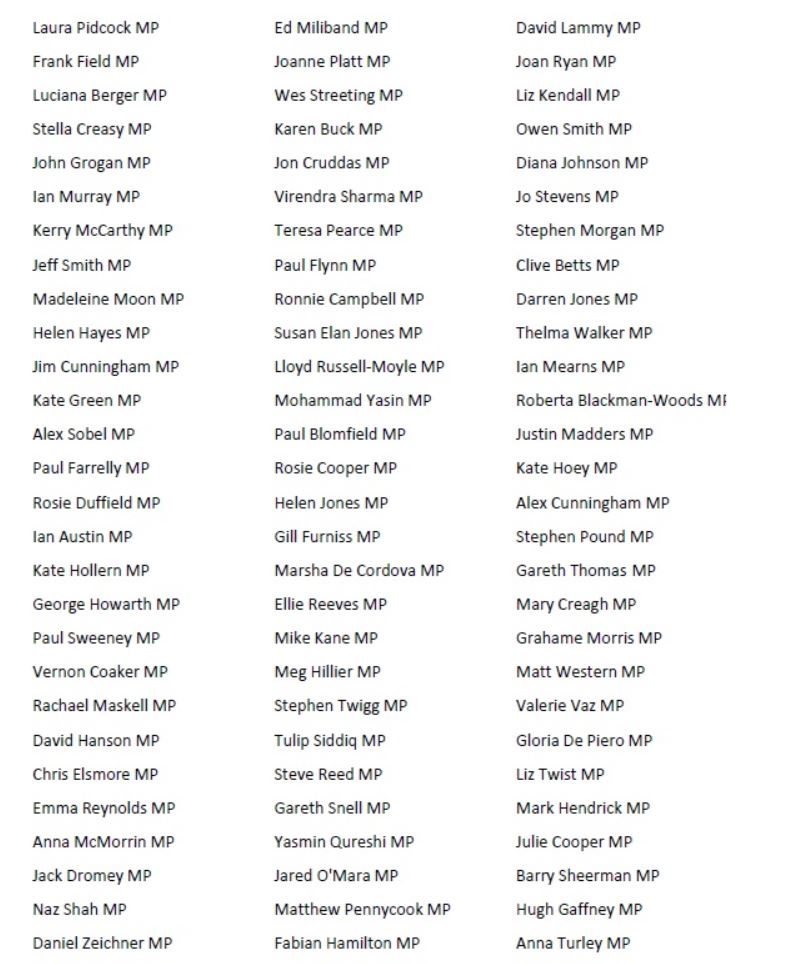 Along with 100 other MPs, I have asked her to ‘stand up for the hard-working, longstanding and loyal Sainsbury’s staff’ who would also, to aid insult to injury, lose their paid breaks, with widespread cuts to premium pay, shortening of nightshift premium hours and scrapping of Sunday premium pay. Shop floor staff will no longer receive bonuses.

The PM told the House of Commons that she would look at the issue, recognising the hard work Sainsbury’s staff put in daily. So we have asked her to speak directly to Sainsbury’s CEO Mike Coupe – not subject to the bonus cut - to ensure no staff will face a pay cut under his contract changes.

Staff morale at the store is reported to be at an ‘all-time low’ with many workers concerned that they cannot afford to stay in a job which some of them have worked in for decades.