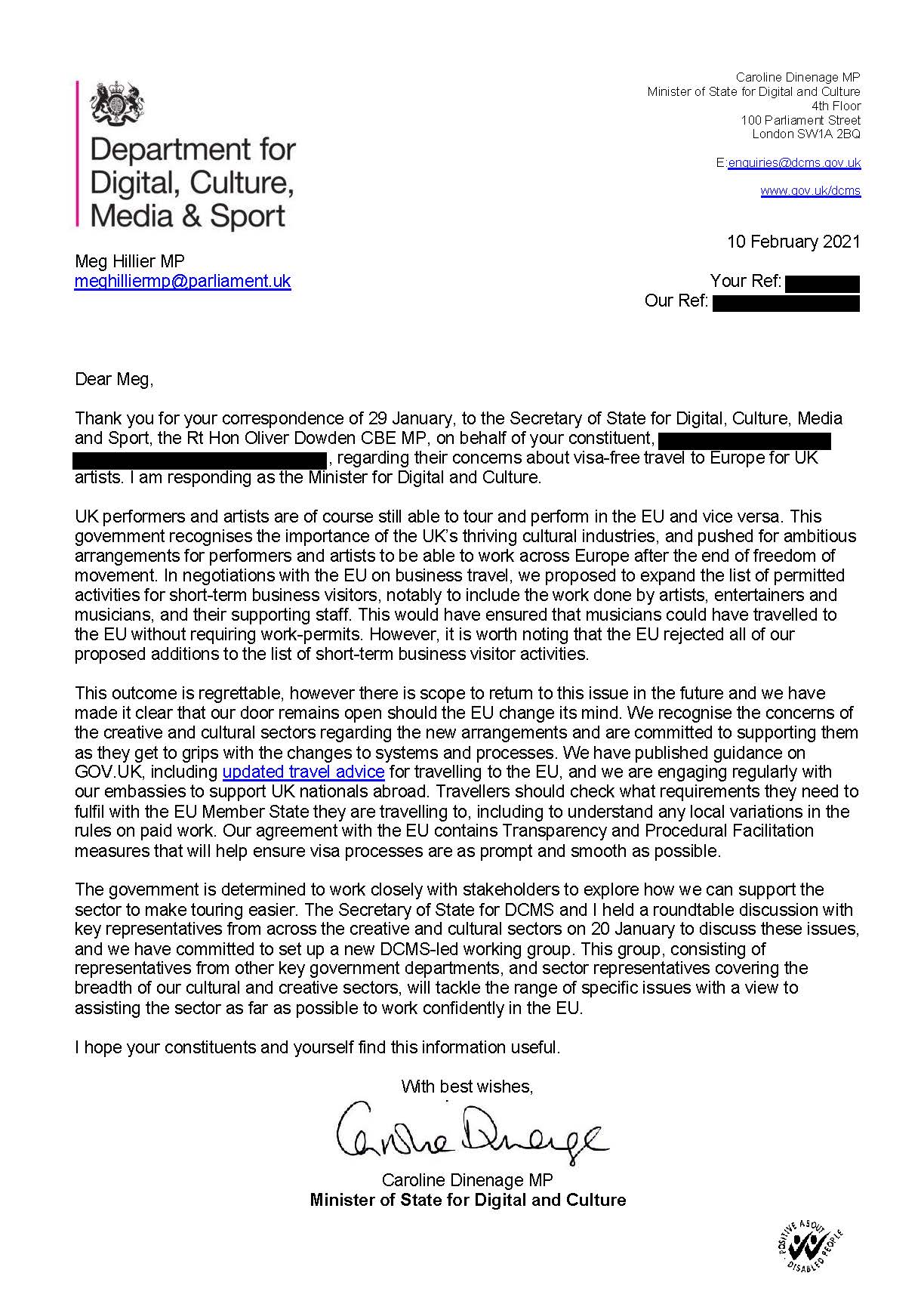 Business and workers in the creative industries have been hit with the double whammy of COVID-19 and Brexit.

It is vital the March 2021 Budget does not act as a cliff-edge with the large-scale withdrawal of all support for workers and businesses in this industry. I’ll continue working with my frontbench Labour colleagues to urge the Government to ensure support is targeted for those businesses and workers impacted by the COVID-19 restrictions.

It is also imperative the Government acts now to address the scandal of those freelancers and self-employed workers who’ve been locked out of all support since the beginning of the pandemic. With lockdown meaning the vast majority of the creative and hospitality industry is, by law, not allowed to open – it is not right for the Government to expect individuals to live off zero income.

And the impact of Brexit is a further, completely avoidable, mess.

The Government clearly has no idea about the real-world impact of the decisions made during the UK-EU trade negotiations. I’ve repeatedly challenged the Government on this and during the – one day – of debate on Brexit at the very end of 2020, I called out the Government for rushing through the legislation. I pointed out that five hours of debate on the final Brexit deal was not parliamentary scrutiny – it was a charade. See here to read a transcript of my speech.

I was unable speak in the debate on the visa arrangements for touring professionals and artists in the EU last Monday but see here for a transcript of the debate. However I wrote to the Government to press on this issue and have recently received a reply. See the reply above or click on the pdf link below to download the letter.

As you can see, the Government is maintaining the line that creative workers are “still able to tour and perform in the EU and vice versa.” It clearly has no understanding of the impact that the visa bureaucracy and red tape will have on securing gigs to perform abroad in the first place nor the logistics behind any successful tour. I'll continue working with frontbench Labour colleagues to press on the issue.