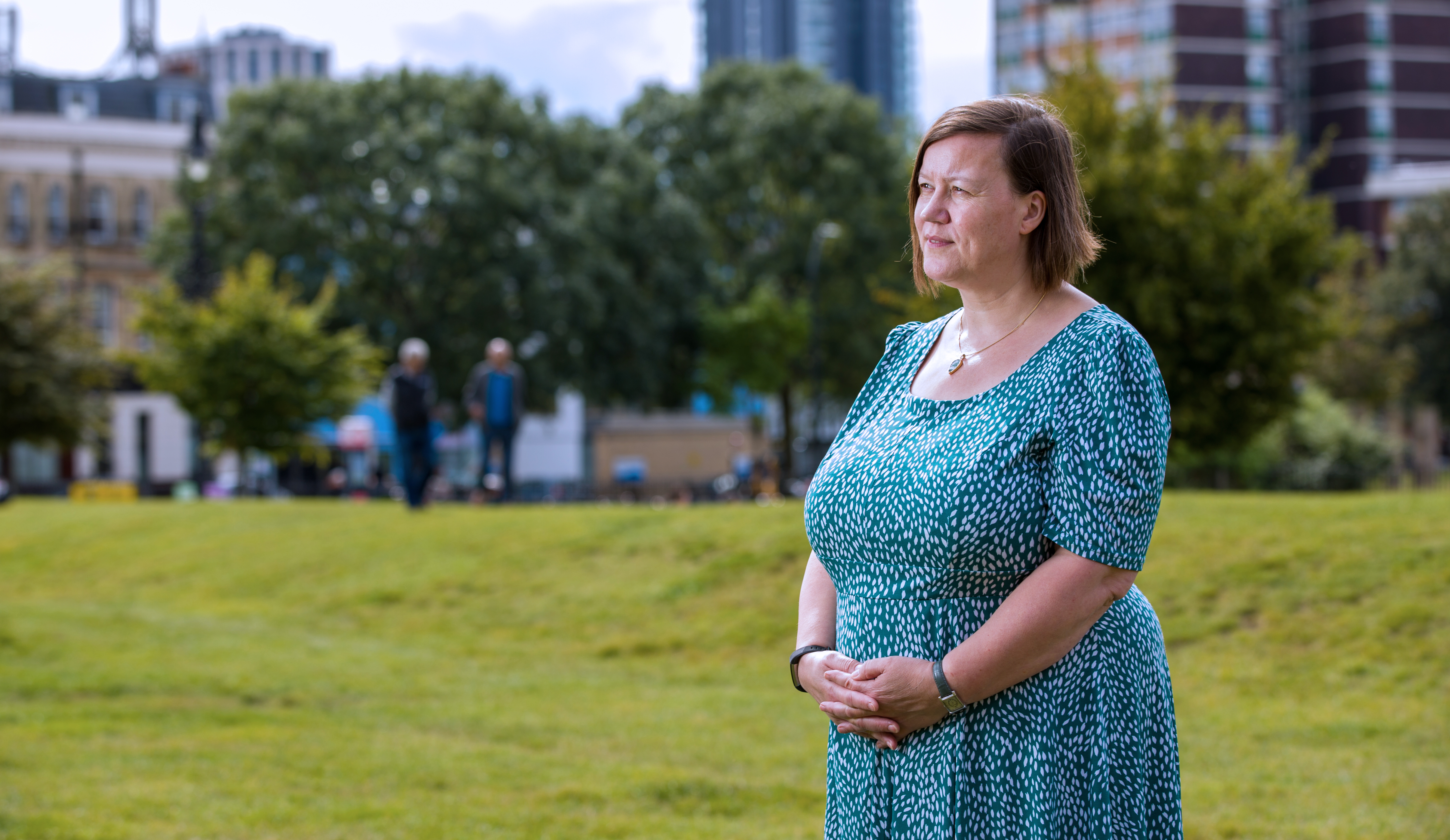 COP 26 and climate emergency roundtable
Global leaders are meeting in Glasgow between the 1-12 November to coordinate the urgent next steps we must take to prevent a climate catastrophe. Leaders will also present their nationally determined contributions (each country’s roadmap for cutting their national carbon emissions). It will be the biggest summit our country has ever hosted and one of the most important.

This is our next best chance at securing global agreement on how to cut our carbon emissions. It is vital this opportunity is not wasted. Ahead of COP26, I will be hosting a climate emergency virtual roundtable on Wednesday 20 October 4-5 pm so interested constituents can meet and feed in their views about what steps we should be taking. I will also provide an update on my work with the Public Accounts Committee scrutinising the Government’s climate policies. This Government has a poor track record of over-promising and under-delivering, especially on climate issues. Please contact me by emailing meg.hillier.mp@parliament.uk with your full name and postal address if you are interested in attending (it will be held virtually).

UN’s Intergovernmental Panel on Climate Change (IPCC) report
An August IPCC report on climate change declared a code red for humanity and the need for governments to radically step up actions to prevent an increase of 1.5 degrees above pre-industrial levels of global heating. Over 234 scientists from 66 countries contributed to the report, which you can read in full here. This report must serve as a wake-up call (if one was still needed) that the climate crisis is an immediate threat.

I have been pressing the Government on this repeatedly in my role as Chair of the Public Accounts Committee (see below for further details). The committee has published a number of reports this year on climate change, for instance the Government’s aim to achieve net zero by 2050 (see here), its use of tax measures to achieve environmental goals (see here) and its target to phase out new petrol and diesel cars by 2030 (see here).

At the June G7 summit in Cornwall, the G7 Nature Compact report was agreed. This committed the G7 (a grouping of the world’s seven largest ‘advanced’ economies) to halt and reverse biodiversity loss by 2030 as well as tackle deforestation, marine litter, and the illegal wildlife trade. There was also a commitment to end overseas investment in coal. See here to read the Nature Compact report full.

I am concerned that this report contains very few tangible outcomes and very few goals with clear timelines. Instead, there was an abundance of warm words but precious few concrete climate commitments. This summit was an opportunity for the world’s wealthiest countries to redouble their climate efforts but it failed to deliver. It repeated a commitment (now 12 years old) to deliver $100 billion of climate financing to developing countries. But this is not enough. The G7 nations have a historic and moral responsibility to lead efforts on global decarbonisation.

The Environment Bill update
The Environment Bill continues its slow progress through the House of Commons and Lords. See here for the most recent updates. There are some good aspects to the bill, for instance the insertion of a clause that prohibits businesses from using commodities produced on land created by illegal deforestation. But despite its extensive and lengthy nature, this bill’s ambition fails to match the urgency required to combat the climate crisis. It replaces the EU’s comprehensive framework of environmental protections with four simple long-term targets, which the Secretary of State has near complete discretion to change at any time. I’ll continue working with Labour’s shadow frontbench team to urge the Government to step up its ambitions with this bill.

Labour’s climate investment pledge
Labour’s Shadow Chancellor, Rachel Reeves MP, unveiled an ambitious programme of major capital investment under a future Labour government. As part of radically accelerating our country’s transition to a greener, more sustainable economy, the next Labour government will invest £28 billion every year until 2030. I welcome this pledge as not spending now would be a false economy; it would mean higher spiralling costs in the future. There is also no planet b – the threat from the climate emergency is as much existential as it is economic. See here to read a copy of her speech announcing this pledge.

Sustainability in Parliament
Thanks to Plastic Free Hackney for raising with me concerns about the poor recycling rates of disposable cups in Parliament. During the pandemic, I’ve become increasing concerned about the impact that many new behaviours are having on sustainability and our need to urgently transition to a net zero economy. On the parliamentary estate, for instance, you are no longer allowed to bring your own reusable cups when purchasing a drink. This is a small but important example of how we can slowly start going backwards on these important issues. It is vital we return to a more normal and sustainable approach as soon as practically possible.

The lack of guidance and clear direction from the Government on this wider issue is disappointing. Single-use plastics do not offer significant protection from an airborne virus. But the widespread use of single-use plastics does take us backwards on the urgent need to transition to a net zero economy. Businesses face confusing rules and unclear guidance at a time when we are returning to a greater semblance of normal life. The Government needs to urgently clarify the guidance and show leadership on this issue. I’ll keep pressing for faster action.

Sewage in the River Lea
I pressed the head of the Environment Agency over the sewage overflows that are discharged into the River Lea. The river is a beautiful local asset – both for the boat dwellers who live on it and for those who use it as an amenity. Lockdown has underlined the importance of accessible and clean natural environments. The Environment Agency has the power to prosecute water companies and levy fines for licence breaches, but sewage discharge into the river is still happening far too often. I pressed the Environment Agency’s Chief Executive on whether he thinks there’s a fundamental weakness in the system whereby his agency can fine and yet the problem still persists. I also questioned him on whether his agency is looking at mandating the use of signs to indicate the safety for bathers of a stretch of river. See here to watch my questions on this in full. Also see here a summary of Hackney Council’s concerns on this issue.

Home composting and water butts
Hackney Council has teamed up with GetComposting to offer discounted compost bins as part of the council’s Zero Waste Strategy. You can also order a water butt to collect rainwater so you have your own mini-reservoir for watering your garden. Around 85,000 litres of rain falls on the average house roof every year so this is a great way to ensure your garden gets the water it needs during sunny spells. See here for further information about both opportunities.

Green jobs fair
Are you (or do you know someone) aged between 16-25 and looking to kickstart a career in the green sector? The London Wildlife Trust has organised a green jobs fair on Friday 15 October from 3:00-7:30pm at Walthamstow Wetlands Nature Reserve, 2 Forest Road, N17 9NH (on the 56 bus route). You can join speed meets with a selection of employers, book a one-to-one slot and get your CV and cover letter sharpened, and network with other like-minded young people. Find out more at the Hackney Opportunities website here.

As we forge ahead towards a net-zero carbon economy, it is vital our young people have the necessary skills to succeed in a greener economy. I supported Let’s Go Zero’s campaign to coordinate British schools in the global effort to tackle climate change. The campaign is chiefly about aspiration and pressing the Government to empower schools to take further action on this issue. It also aims to transform climate education and prepare the next generation for a carbon neutral future. See here for further information.

Environmental impact of HS2
The Public Accounts Committee has looked at this project in detail. See here for our May 2020 report in which we raised concerns about how HS2 fits into the Government’s plans to reach net-zero carbon emissions by 2050. The committee recalled key officials at the Department for Transport and HS2 Ltd to revisit their progress. During the most recent evidence session, the committee challenged the CEO of HS2 Ltd on how it is ensuring that there is no net loss in biodiversity due to this project. See Q78 onwards on the transcript here and see here to read the most recent report in full.
Improved rail is one way to help reduce car journeys as well as flying and this needs to be balanced with the impact of construction. I visited the site in Hertfordshire and was able to ask questions about the environmental protection plans in place. There was a lot of work being done to protect and enhance the local environment and biodiversity for the long term.

Green Homes Grants voucher scheme
Household heating is one of the major drivers behind our country’s carbon emissions. The Government has consistently failed in its attempts to tackle this problem. At a recent hearing, the Public Accounts Committee looked into the Government’s green homes grant voucher system. This was a scheme to reduce carbon emissions from heating systems by offering homeowners funding to install energy efficiency improvements and low carbon heat measures in their homes. The committee pressed senior officials from the Department for Business, Energy and Industrial Strategy on why this scheme failed and what lessons can be learned to ensure that energy efficiency schemes can succeed in the future. This latest failure was after the Green Deal scheme, which similarly failed. In both cases the Government did not understand the drivers of consumer behaviour and created complicated schemes. A transcript of the meeting is available here. Updates on the inquiry will be posted here.

Environmental Audit Committee
I joined the Environmental Audit Committee as part of their inquiry looking into how effectively local and central government are collaborating to achieve net zero. We challenged ministers over what support they are providing so local authorities deliver on net zero targets. Councillor Polly Billington also gave evidence to the inquiry in her professional capacity as CEO of UK100 – a network of local government leaders focused on implementing plans that support the transition to net zero. Hackney Council is doing an excellent job delivering on its green initiatives but not every council is doing the same. We need to see local government better supported as they are a vital part in achieving a cleaner, greener planet. See here to watch a recording of the hearing.

House of Commons Library insight briefings
The House of Commons Library is a reputable and trustworthy source of briefings on any issue in front of Parliament. It has recently produced an excellent insight piece on the trends in temperatures and emissions globally as well as in the UK (see here). See here for an earlier separate briefing on the scientific basics of climate change.