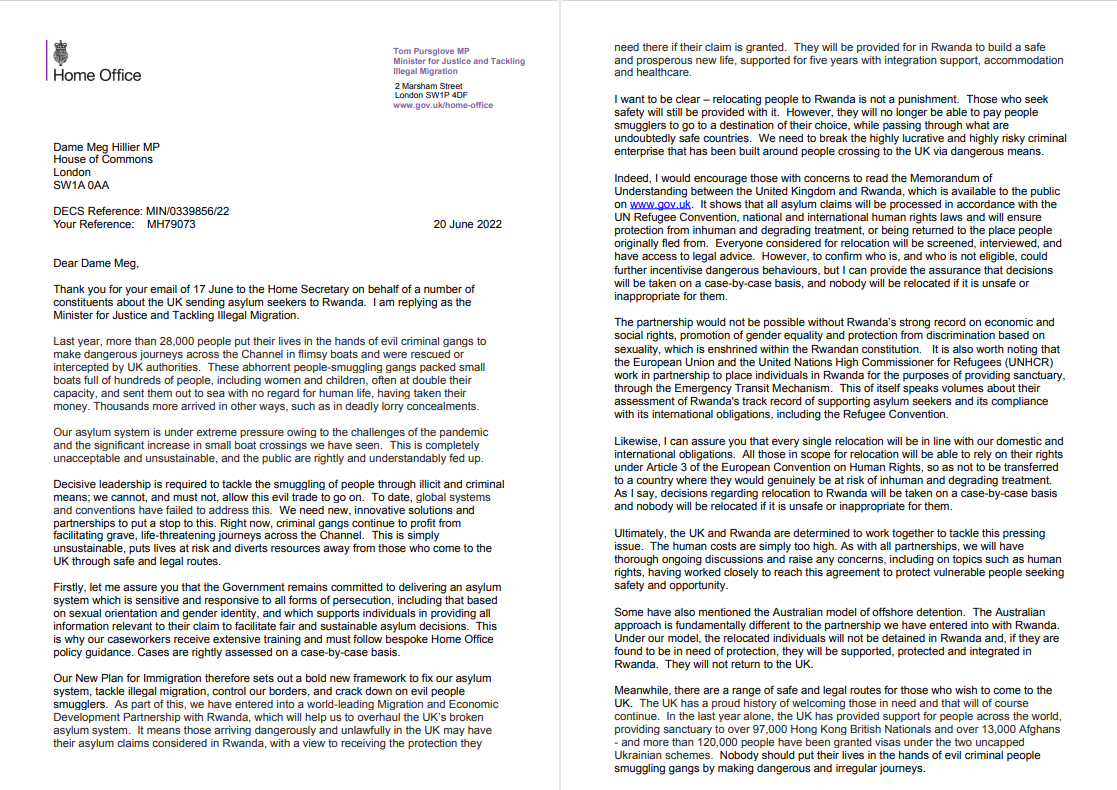 A number of constituents have been in touch to voice their concerns about the Government's abhorrent plan to send asylum seekers to Rwanda to be processed.  This is an unacceptable policy on all humanitarian grounds and runs roughshod over international legal agreements about providing asylum to those fleeing persecution and war. It is also unworkable and would cost the UK taxpayer dearly. The first flight that was due to take off was grounded after a last-minute intervention by the European Court of Human Rights, but this was after £500,000 of taxpayers’ money had already been spent on it.

I wrote to the Home Secretary to press her to reverse this policy. Click the link below to read the response I received in full. The Minister claims that this plan will reduce people smuggling, but there is evidence that it could have the opposite effect. I will continue to press the Government on this.