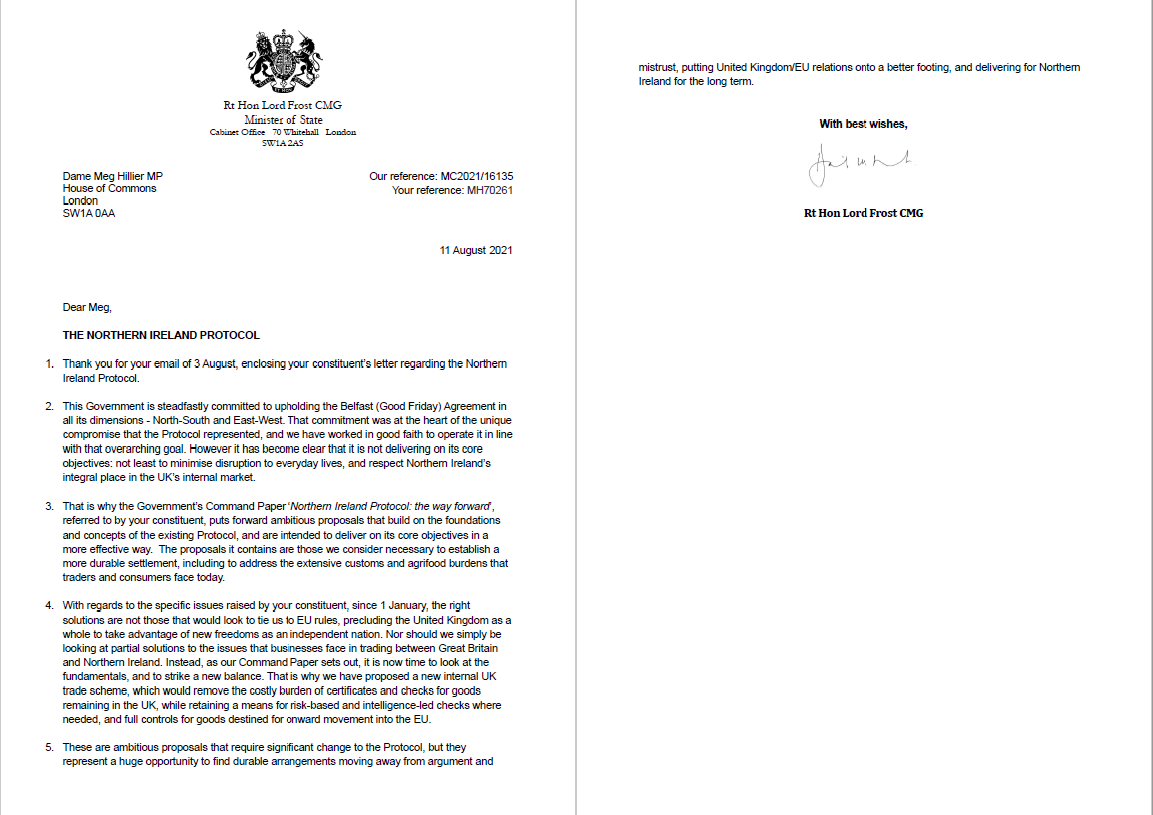 As a result of these changes, new checks and controls are necessary for goods coming from Great Britain to Northern Ireland.

I wrote to the Government and pressed it to agree a comprehensive veterinary and sanitary and phytosanitary (SPS) agreement with the EU. This would ensure that the EU and UK have shared standards on animal and plants, allowing reduced border processes for agri-food.

Click the link below to read in full the response I received from the Brexit Minister, Lord Frost.