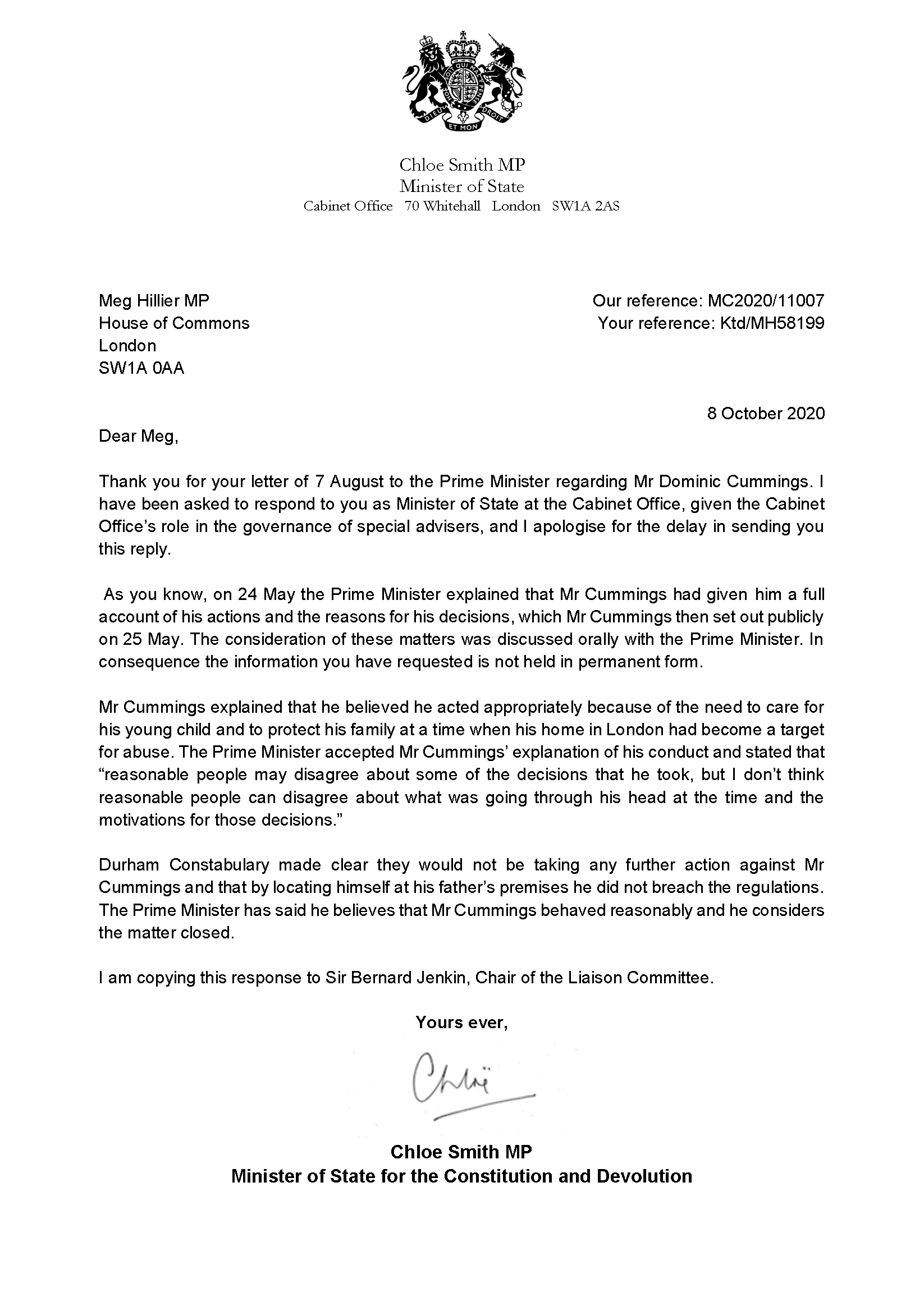 The Prime Minister confirmed he had personally seen evidence verifying Dominic Cummings’ account and that there were a number of false allegations. But, he refused to publish the evidence or to ask the most senior civil servant, the Cabinet Secretary, to conduct an independent investigation.

After further witness reports emerged in August I wrote to the Prime Minister to ask him, again, to publish the evidence proving Dominic Cummings’ account of events. See above for the Government’s response to my letter.

As you can see, the Government has now confirmed that the evidence “is not held in permanent form,” despite the Prime Minister telling the Liaison Committee the he had seen it. I will remain on the case.