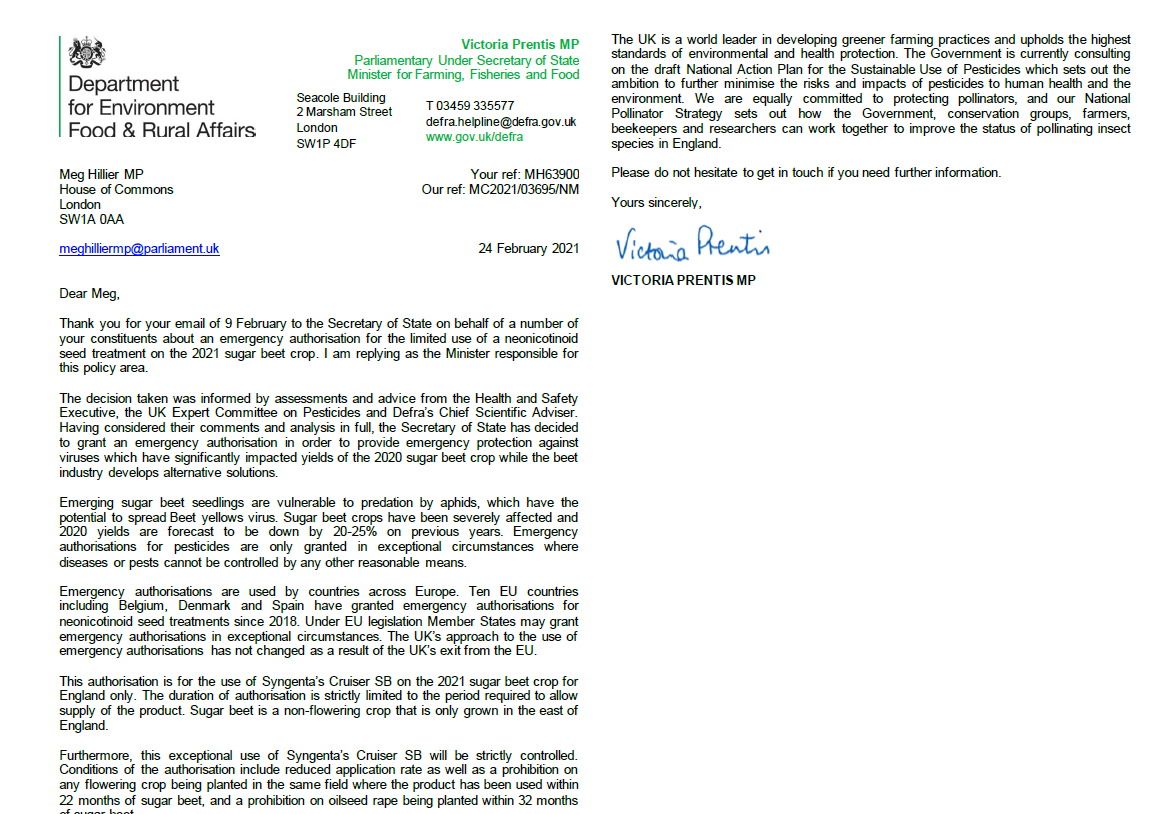 The Government recently announced an emergency authorisation of a previously banned pesticide that disproportionately affects bees. It is vital our farming practices are sustainable and protect bees – a vital species in our ecosystem. Luke Pollard, the Shadow Secretary of State for Environment, Food and Rural Affairs, has been clear that Labour does not support this emergency authorisation and has urged the Government to think again. See here for an article in which he outlines Labour’s position.

I voted in favour of an amendment to the Environment Bill that would have reversed the emergency authorisation of this pesticide. See here for a transcript of the debate on this issue. The Government’s majority meant this amendment was defeated. I’ve wrote to the Secretary of State for Environment, Food and Rural Affairs, George Eustice MP, to urge him to think again. See here for the response I received and click the pdf link below to read the letter in full.