Meg presses the Government over the Uighur genocide 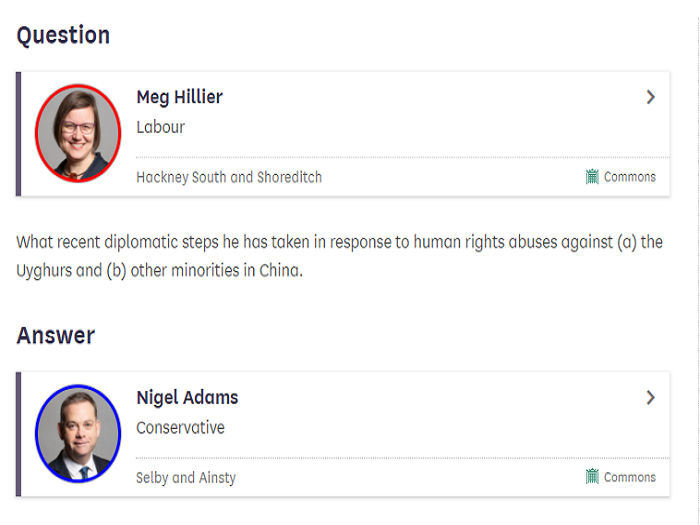 I pressed the Government over the appalling reports of human rights abuses against the Uighurs and other minorities in China. See the Government’s response here.

The Government insists that genocide can only be determined by the International Criminal Court (ICC). However the ICC can only make a determination of genocide if it is taking place in a country that is a member of the ICC or if the UN Security Council refers a case to the court. China is not a member of the ICC and holds a veto on the Security Council. This means, in effect, that the ICC is unable to recognise the genocide that is occurring against the Uighurs. The Government’s position is unacceptable. It is a poor excuse and illustrative of this Government’s weakness in standing up to states committing genocide.

I’m proud Parliament has approved a motion recognising the genocide and crimes against humanity occurring against the Uighurs and other minorities in China. However this motion is non-binding and the Government is sticking with its position. I’ll continue working with MPs across the House to press on this issue.