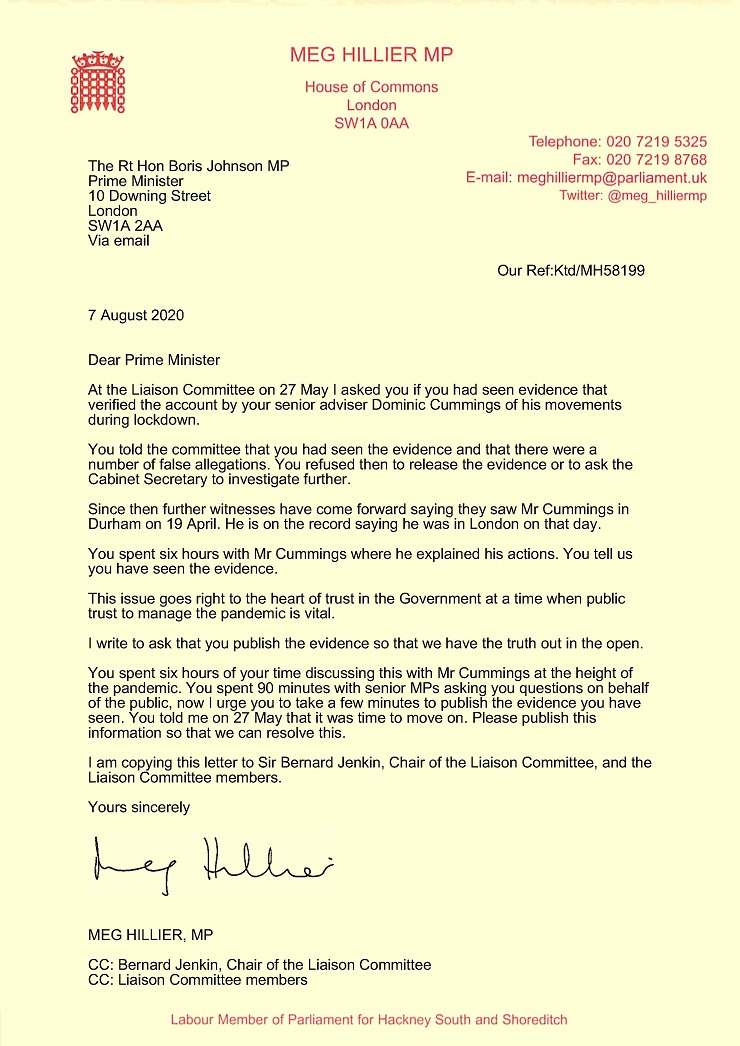 There are continued reports of witnesses coming forward to say they saw Dominic Cummings, the Prime Minister’s senior adviser, near Durham on 19 April. These claims contradict the account Dominic Cummings provided of his movements during lockdown. He is on the record saying he was in London on that day.

At the Liaison Committee on the 27 May, the Prime Minister confirmed that he had personally seen evidence that verified Dominic Cummings’ account and that there were a number of false allegations. But, he refused to publish the evidence or to ask the most senior civil servant, the Cabinet Secretary, to conduct an independent investigation. See my original question to the Prime Minister, and his response, here.

This issue goes right to the heart of trust in the Government at a time when public trust to manage the pandemic is vital. Hundreds of people in Hackney have contacted me to set out the sacrifices they made and the hardships they endured during lockdown, many angry at what appeared to be one rule for someone at the heart of the Government that set the rules and another for the British people.

Today I have written to the Prime Minister urging him to publish the evidence he has seen.

Read my letter above.